For a number of years there was a rough bivvy at this site. During the 1980's NZ Forest Service staff  relocated a small hut from Kakapo Research and added an open roofed area and a half drum fire .  Hunters subsequently  closed it in with makeshift tarpaulins and it became rather untidy.  In 1996 the ranchslider was transferred to the outside wall and the hut was closed in and a pot belly stove installed by Ray Phillips, John DeLury and N Miller at John and Rays expense.   This became the spark for the involvement of hunters in the formation of the Trust. Subsequent work including a 1000 watertank, deck and veranda have been completed by the Trust.  There are only four bunks in this hut. 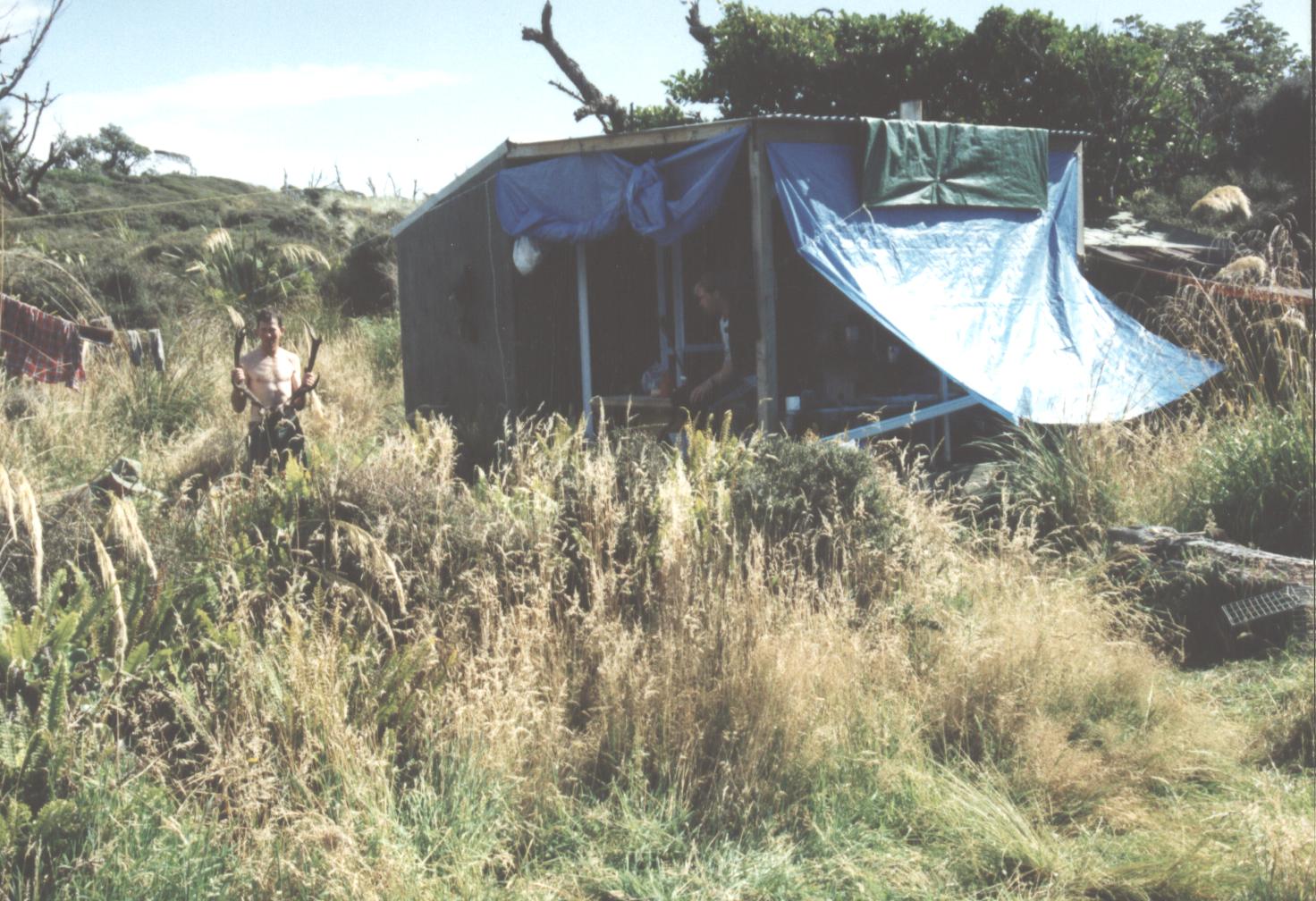 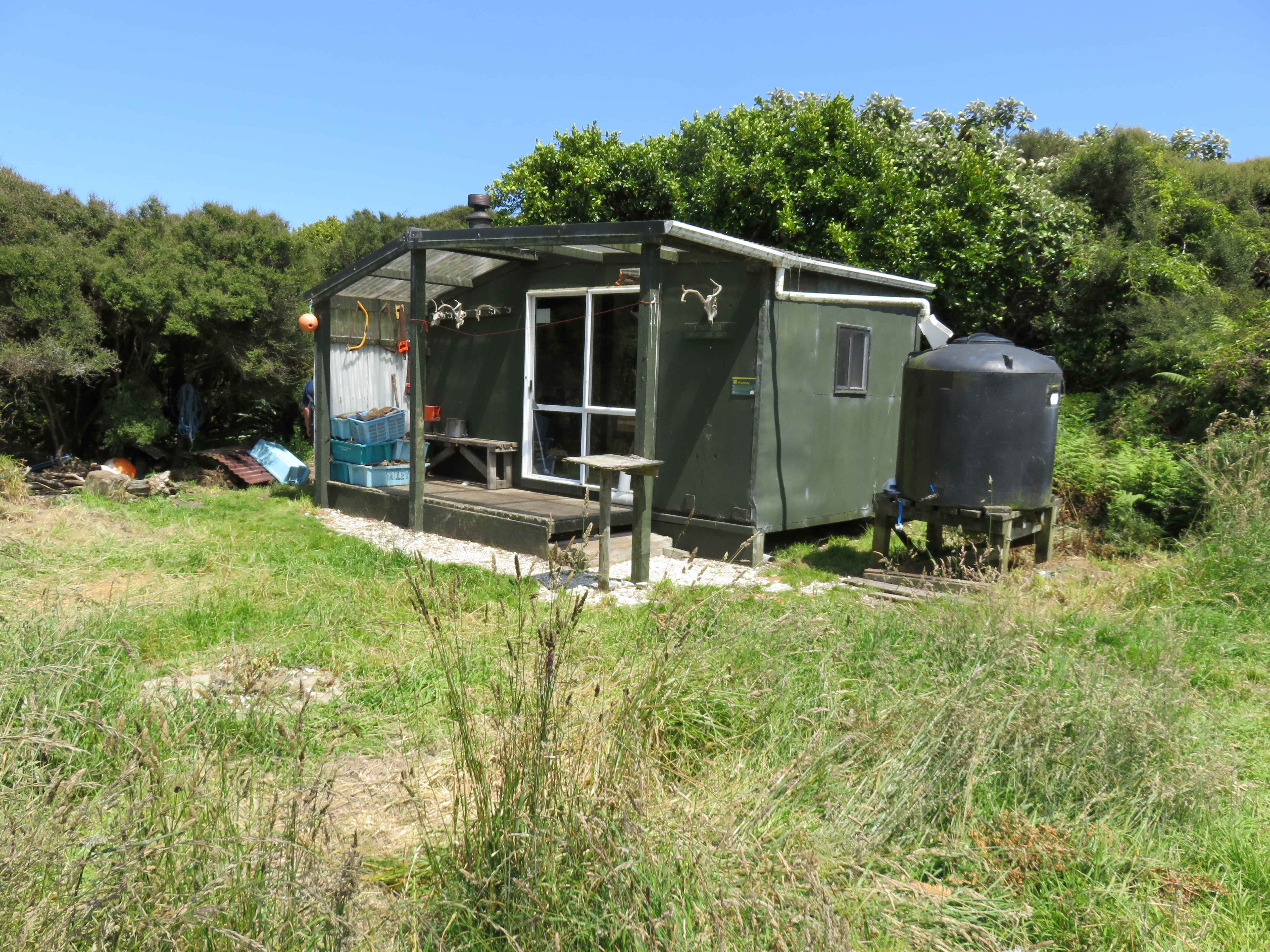 Access.  Usual access is by fixed wing airplane from Invercargill which is about half hour flight.  The hut is a short two minute walk from the beach.

There is no cellphone reception.

Cavalier Creek is named after the ketch Cavalier, which was wrecked there in 1901 on its way south to pick up people from the Muttonbird Islands. Wreck Creek may be named after this event but wreckage of an unidentified vessel was found at Mason Bay in 1865.