Construction of the hut at Kellys was completed in 2001 by members of Gore & District Branch NZ Deerstalkers Association many of whom are regular hunters in Port Adventure.  The builders were David McFadzien, Kevin Baxter, Ivan & Phil Sellwood, Allan Patterson, Geordie Milne, Owen Miles, Scott Damsteegh and Steve Hogg. 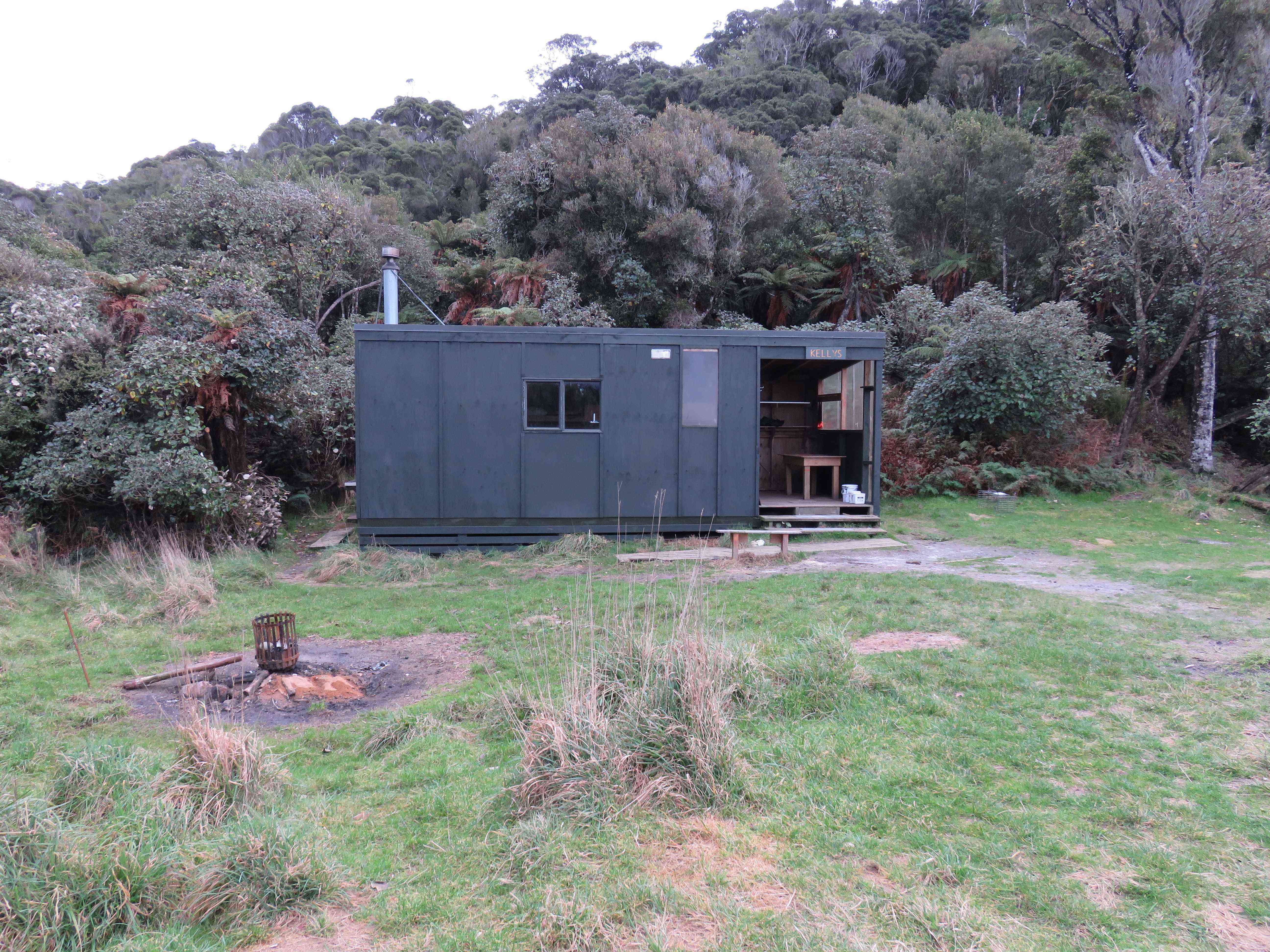 There is a large grassed area at Kellys suitable for tents.   There is no cellphone reception at the hut.

Access.   Either charter from direct from Bluff or ferry and charter from Halfmoon Bay. There is a mooring to secure boats in front of the hut.  Be warned that while the beach is idyllic in good weather it can get extremely rough making unloading and loading of dinghys extremely unpleasant.  It is sometimes necessary to stand waiste deep in the water to hold dinghy's steady.

"I have been tempted to connect this name with the notorious Kelly of the brig Sophia who narrowly escaped destruction on the “Traps” in 1817, either before or after the alleged episode at Murdering Beach.  He is probably identical with Kelly who owned the sealer Venus which was often around the island.  But in spite of anything attractive in the theory , it must be given up: another Kelly lived there in the days of the Maori settlement, probably before 1850.

Fifes Creek  Flows into Oyster Cove.  It is named after G Fife a settler who still owns land there."